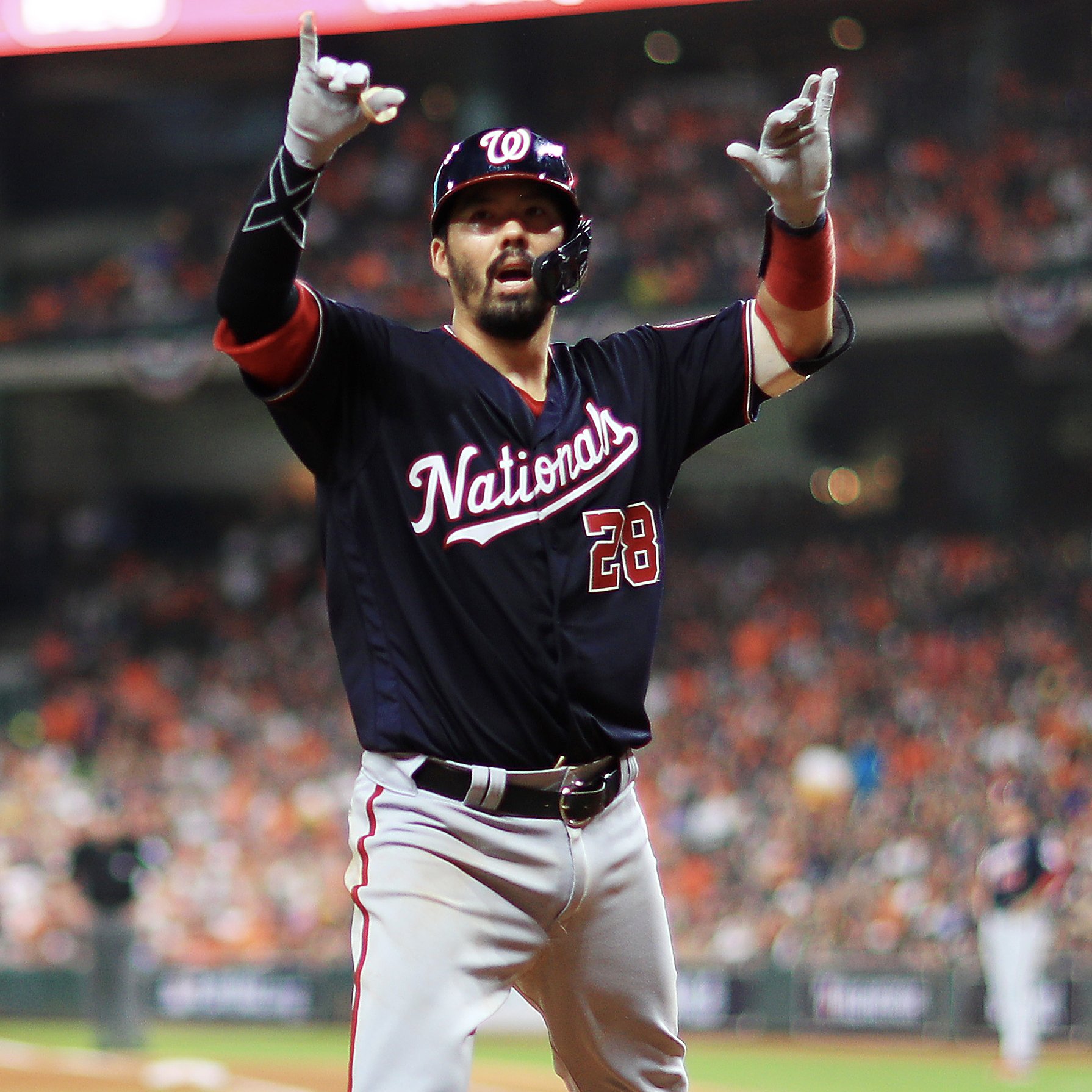 It was a must win for the Astros, facing a loss in game #1, they needed the win tonight to tie the series and go into Game 3 for a good fighting chance, but the nationals had other plans.  Rendon doubled to deep left in the 1st inning with Eaton and Turner scoring.  Bregman homered a double for the Astros to tie the game at 2-2.  Everything was calm to the 7th inning until Kurt Suzuki started the fireworks with a single homerun, this got the Nationals fired up and went rampage on the Astros and scored a total of 6 runs just in that inning alone.  In the 8th inning Eaton hit a homer adding two runs to the score and Soto scoring later on from a RBI for a total of three runs.  More damage was made in the 9th inning with a single homer by Taylor to put the final nail in the coffin.  Martin Maldonado hit a consolation solo home run towards the end but too little to late. Game 3 will be played on Friday at Washington D.C.

The @Nationals are breaking out. #WorldSeries pic.twitter.com/sBvSlYE91W

Hello, my name is Frank Mar and I like to write about anything and everything. Some of the stuff I write makes sense and other times it doesn't, but that's the beauty of blog writing, you don't have to always makes sense. I am professional IT system applications analyst working at home and also design uniforms for a living. Husband and father of two great kids. Contact me for anything via social media.
More Posts (481)